Rhonda was raised just outside of Hohenwald, Tennessee. Her parents had raised her as a Southern Baptist, but they didn’t go to church all the time, and Rhonda wasn’t really all that excited about church, even as a kid.

Later, in high school, Rhonda met Dean. They were young, they weren’t popular – but they found each other and they decided that they’d just get hitched when they graduated. Neither one was excited about the other, but – they were both solid, inoffensive people. Good enough, they both thought.

They got married in a little church. It doesn’t exist anymore. It wasn’t a particular church – just a church. Rhonda and Dean visited a few churches in the area, but ultimately they decided that they’d just stay home most of the time.

They had a daughter, Toni – but her real name was Mary. Long story. They went to church on occasion.

Church was one of the few places where Rhonda felt as if she fit. It wasn’t the message – it was the people. They seemed happy. Happier than her, anyway. It wasn’t that she was unhappy – it’s that she just was.

Rhonda started visiting a church one town away. Dean went a couple of times and decided he’d rather stay home and watch football, but Rhonda became part of some small groups and felt like she’d found her home. A home.

The church planned a Mother’s day family retreat to Virginia to visit Summit Lake. Rhonda thought it would be a good idea for she and Dean and Toni to go, and he agreed.

They paid and the day came.

Rhonda, Dean and Toni packed up on the bus and started the trip. They sang and had a great time.

They got to the lake and set up camp. Toni and Dean slipped off to the gift shop at the camp ground to get a little something for Rhonda for Mother’s Day.

When they returned to the campground, Rhonda was gone. She’d left everything – toiletries, jewelry, pocketbook, cash – everything. She was just gone.

She wandered off into the Monongahela. Not to escape, but to disappear.

Toni never got to give Rhonda this cup. The image on the front looks exactly like her. The guy that did the personalization did a great job, considering that they only had one reference photo. Rhonda was only in one photo. Ever.

Milk glass coffee cup on wooden base. Perfect condition. Says West Virginia on the base. Found in a Goodwill in Hickory, NC.

I won’t send out a ton of emails, but when I do,
you can rest assured that they’re worth reading.

100% confidential. Your data won’t be sold or lent. Scout’s honor. 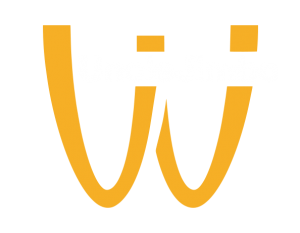